Here are a few more facts from the McAfee Report.

2.  Too few companies have a social media plan in place.

In Why Social Media Projects Fail?, the Brand Science Institute at the University of Hamburg found that:

KingFish Media’s 2010 Social Media Usage, Attitudes and Measurability study found that only 43% believe they need to show a positive ROI to obtain social media funding. This is supported by SocialMediaExaminer.com’s 2010 Social Media Marketing Industry Report that finds only 1 in 3 marketers indicated measuring results and identifying the best practices were top of mind questions. Harvard Business Review found 75% of companies they surveyed didn’t know where their most valuable customers were talking about them, 31% of companies don’t measure effectiveness of social media and only 23% are using social media analytic tools.

If you aren’t measuring ROI or return-on-engagement, how can you determine if social media is working — even if you have a plan?

Engagement and social networking success go hand-in-hand, but the numbers show that companies and their target audience aren’t engaging for various reasons.

WhiteHorse “B2B Goes Social” study finds that only 32% of B2B companies engage daily this could be due to the lack of a person or team dedicated to social media. The KingFish Media study found that only 9% of respondents said they have a dedicated person for social media.

In a December 2010 survey, RSW/US found only 36% of Facebook users are somewhat to very active, for LinkedIn it was 33% and for Twitter it was 15%.  This trend is supported by a recent WebTrends study that found 51% of Facebook users and 8% of Twitter users are engaged daily. GlobalSpec’s Social Media Use in the Industrial Sector Report shows that industrial professionals only participate in social media a few times per year.

Pew Global Attitude Project’s Global Publics Embrace Social Networking study found there is a large age gap in the usage of social networking in the United States: 77% of 18-29 year old, 55% of 30-49 year old and 23% of 50+ use social networking. So with the average age of a manufacturing sector employee being 50, it’s no wonder social networking engagement is limited within the industrial sector.

Yes it Can! Yes it Does! 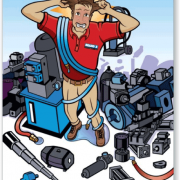 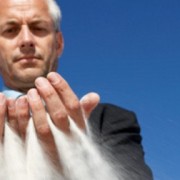 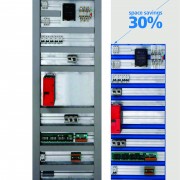 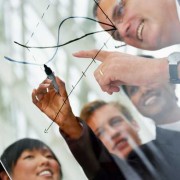 Introducing Fluid Power to Younger Students Is One Way to Stave Off Extinct...
Scroll to top
WP-Backgrounds by InoPlugs Web Design and Juwelier Schönmann