Connections Made: A case in point

Enfield Technologies: Introducing a new company and product to the marketplace. 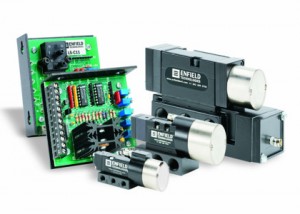 Situation: Enfield Technologies — a fluid power startup company — manufactures a servo-pneumatic (proportional pneumatic) control system serving the motion control industry. While the technology had been around for over a decade the company — formed by a purchase from the previous owners — and the technology were unknown since the product had been previously marketed through a series of unsuccessful marketing agreements. 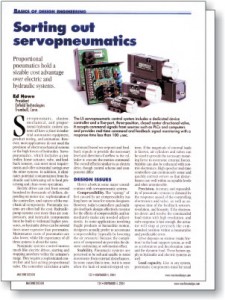 After months of restructuring, learning the marketplace, and developing a new brand identity, Enfield Technologies decided to launch the new company and product by exhibiting at a national trade exposition with several displays and a brochure.

Intelligent Solution: One week before the show we were asked to provide product launch assistance. We recommended and implemented a public relations campaign around the show. This included developing a media kit, working with Enfield Technologies’ web developer to creating a media center on their website, and establishing a series of interviews with key horizontal and vertical trade publication editors — who would be attending the show. To establish the interviews, we used two email blasts to these key editors and their publication’s regional sales managers. The initial email blast was designed to peak the editor’s curiosity by stating a new technology was being demonstrated. The second blast described the demonstrations. We followed up with telephone calls to the editors and regional sales managers. At the show, we worked with Enfield Technologies’ booth personnel in crafting an interactive demonstration that showed the editors what existing servo-pneumatic (proportional pneumatic) technology can do and how the Enfield technology solved the problems of their readers. After the show, we emailed the editors links to the media center. Developed an extended media list and disseminated the key product release to over 65 publications around the world. 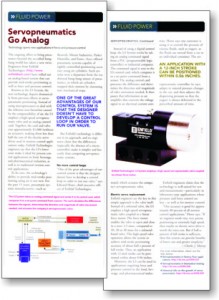 Results: The media and public relations’ efforts generated 13 interviews with magazine editors who attended the exposition. These interviews along with the press release dissemination resulted in Enfield technologies receiving over 20 product write-ups, 2 feature technology focus articles and a sizeable mention in an automation article from the around the world — adding up to over 45 column inches of ad space and 60+ banner ads with an advertising equivalency of over $25,000; over 770 click-throughs to their website and 50 leads/inquiries in a matter of a couple of months.